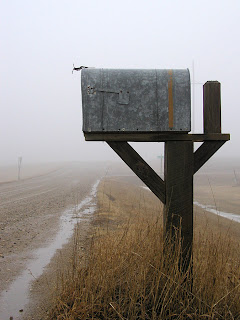 Rebel Queen by Michelle Moran
Received from the author

When the British Empire sets its sights on India in the 1850s, it expects a quick and easy conquest. After all, India is not even a country, but a collection of kingdoms on the subcontinent. But when the British arrive in the Kingdom of Jhansi, expecting its queen to forfeit her crown, they are met with a surprise. Instead of surrendering, Queen Lakshmi raises two armies—one male, one female—and rides into battle like Joan of Arc. Although her soldiers are little match against superior British weaponry and training, Lakshmi fights against an empire determined to take away the land she loves.

Told from the perspective of Sita, one of the guards in Lakshmi's all-female army and the queen’s most trusted warrior, The Last Queen of India traces the astonishing tale of a fearless ruler making her way in a world dominated by men. In the tradition of her bestselling novel Nefertiti, which Diana Gabaldon, author of the Outlander series, called “a heroic story with a very human heart,” Michelle Moran once again brings a time and place rarely explored in historical fiction to rich, vibrant life. 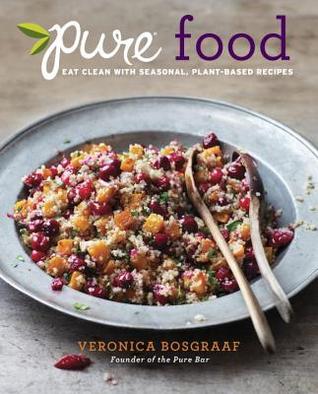 Bring more whole, real ingredients into your kitchen and replace processed foods with the 120 plant-based recipes in Pure Food.

A busy mother of three who was frustrated with trying to find healthy, organic snacks for her kids, Veronica Bosgraaf decided to make one herself, the Pure Bar. Now nationally available and widely beloved, the bar kick started a nutrition overhaul in Veronica’s home. Clean foods and a new, simple way of cooking and eating replaced anything overly processed and loaded with sugar.

Organized by month to take advantage of seasonal produce, Pure Food shares Veronica’s easy vegetarian recipes, many of which are vegan and gluten-free, too.

With 18 color photographs and tips for "cleaning" your kitchen and lifestyle—from drying your own herbs to getting rid of chemical cleaners—Pure Food shows the simple steps you can take to make your cooking and living more healthful.

1,000 Foods To Eat Before You Die: A Food Lover's Life List
by Mimi Sheraton

The ultimate gift for the food lover. In the same way that 1,000 Places to See Before You Die reinvented the travel book, 1,000 Foods to Eat Before You Die is a joyous, informative, dazzling, mouthwatering life list of the world’s best food. The long-awaited new book in the phenomenal 1,000 . . . Before You Die series, it’s the marriage of an irresistible subject with the perfect writer, Mimi Sheraton—award-winning cookbook author, grande dame of food journalism, and former restaurant critic for The New York Times.

1,000 Foods fully delivers on the promise of its title, selecting from the best cuisines around the world (French, Italian, Chinese, of course, but also Senegalese, Lebanese, Mongolian, Peruvian, and many more)—the tastes, ingredients, dishes, and restaurants that every reader should experience and dream about, whether it’s dinner at Chicago’s Alinea or the perfect empanada. In more than 1,000 pages and over 550 full-color photographs, it celebrates haute and snack, comforting and exotic, hyper-local and the universally enjoyed: a Tuscan plate of Fritto Misto. Saffron Buns for breakfast in downtown Stockholm. Bird’s Nest Soup. A frozen Milky Way. Black truffles from Le Périgord.

Mimi Sheraton is highly opinionated, and has a gift for supporting her recommendations with smart, sensuous descriptions—you can almost taste what she’s tasted. You’ll want to eat your way through the book (after searching first for what you have already tried, and comparing notes). Then, following the romance, the practical: where to taste the dish or find the ingredient, and where to go for the best recipes, websites included.

The Ice Twins by S.K. Tremayne

A year after one of their identical twin daughters, Lydia, dies in an accident, Angus and Sarah Moorcraft move to the tiny Scottish island Angus inherited from his grandmother, hoping to put together the pieces of their shattered lives.

But when their surviving daughter, Kirstie, claims they have mistaken her identity—that she, in fact, is Lydia—their world comes crashing down once again.

As winter encroaches, Angus is forced to travel away from the island for work, Sarah is feeling isolated, and Kirstie (or is it Lydia?) is growing more disturbed. When a violent storm leaves Sarah and her daughter stranded, Sarah finds herself tortured by the past—what really happened on that fateful day one of her daughters died?

I can't wait to read Rebel Queen. It was in my mailbox last week. Enjoy!

I hope you enjoy the books

ENJOY all your books.

Have a great reading week.