REVIEW: The Conditions of Love by Dale M. Kushner

Dale M. Kushner's novel The Conditions of Love traces the journey of a girl from childhood to adulthood as she reckons with her parents' abandonment, her need to break from society's limitations, and her overwhelming desire for spiritual and erotic love. In 1953, ten-year-old Eunice lives in the backwaters of Wisconsin with her outrageously narcissistic mother, a manicureeste and movie star worshipper. Abandoned by her father as an infant, Eunice worries that she will become a misfit like her mother. When her mother's lover, the devoted Sam, moves in, Eunice imagines her life will finally become normal. But her hope dissolves when Sam gets kicked out, and she is again alone with her mother. A freak storm sends Eunice away from all things familiar. Rescued by the shaman-like Rose, Eunice's odyssey continues with a stay in a hermit's shack and ends with a passionate love affair with an older man. Through her capacity to redefine herself, reject bitterness and keep her heart open, she survives and flourishes. In this, she is both ordinary and heroic. At once fable and realistic story, The Conditions of Love is a book about emotional and physical survival. Through sheer force of will, Eunice saves herself from a doomed life.

This engaging examination of a mother and daughter's relationship will appeal to the same audience that embraced Mona Simpson's acclaimed classic Anywhere But Here and Elizabeth Strout's bestselling Amy and Isabelle. 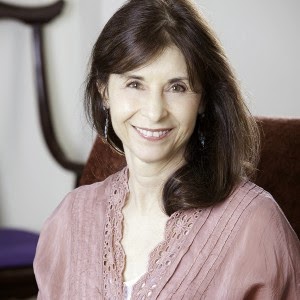 Dale M. Kushner grew up in New Jersey and moved to the Midwest to study at the University of Wisconsin, Madison. She is a recipient of a Wisconsin Arts Board Grant in the Literary Arts and has been honored by a fellowship to the Wurlitzer Foundation, The Ragdale Foundation, and the Fetzer Institute as a participant of their first Writers’ Conference on Compassion and Forgiveness. Her work has been widely published in literary journals including IMAGE, Poetry, Prairie Schooner, Salmagundi, Witness, Fifth Wednesday and elsewhere. Her most recent poetry collection More Alive Than Lions Roaring was a finalist for the May Swenson Poetry Award at Utah State Press and The Prairie Schooner Book Competition. In 2010 she was nominated for a Pushcart Prize. Ms. Kushner has studied at the C. G. Jung Institute in Zurich and has an ongoing interest in Buddhism and spiritual life. She lives with her husband in Madison, Wisconsin. The Conditions of Love is her first novel.


My mother was dead set against me calling her Ma.

This story follows the life of Eunice, a young girl from Wisconsin being raised in poverty by a narcissistic single mother.

What a wonderfully timed story, given that Mother's Day is right around the corner, although Mern would win no prize for Mother of the Year!

This was a curious story and felt a little "off beat". I found Eunice to be for the most part a likable girl. You really felt for her, and her lot in life. While I couldn't identify with Eunice on a personal level (while I was raised by a divorced mother in borderline poverty, my mother sacrificed for us kids and did everything she could for us), I felt like I knew Eunice. She resembled many girls (and boys) that I have known in my life. Kids who never had enough-- enough food, enough attention, enough schooling, enough guidance, enough love, enough of anything except perhaps more than enough hits and barbed words thrown their way-- and kids who grew up way too fast.


I’d never had anything in common with other girls, their piano lessons, dancing lessons, their canopied beds, girls whose mothers taught them only sluts chew gum and smoke in public, girls who gave tight-lipped good-night kisses and saved the rest.

Eunice's mother Mern never wanted to be a mother. She even insists Eunice call her by her first name rather than "Ma". She is self-centered and self-absorbed, putting her needs and desires before that of her young daughter. She's always seeking happiness and self-worth in strange men. Her moods are mercurial, wavering from resentment toward Eunice and the demands of a child, to wanting to cuddle Eunice and be her best friend.


I had the feeling she wanted to shed the old Mern, and Ma too. I was watching her molt.

Eunice longs for a father she doesn't remember, and other men take on the role of father figure, from Mr. Tabachnik who lives downstairs and has sweet nicknames for her like "CC Dumpling"...


...nicknames that were kisses to my ears.

...to her mother's new live-in boyfriend Sam, sweet and gentle Sam who brings life to the house and cares tenderly for Eunice.

And later there is the enigmatic animal-loving wood nymph Rose, who becomes a mother figure to Eunice and teaches her much about independence, survival and self-reliance.


Rose had rules about living right, which meant treating animals with respect. Life threw out provocations but we had choices, she said-- we could be selfish bastards or we could care. We were all creatures of the same divine hand.

And later still, the moody Fox who is drawn to her and captures her imagination.


He was curt and bossy. He has no right to speak to me this way! I thought. I have licked salt from this man’s neck. I have watched dreams flash under his eyelids. I have seen him almost betray himself with tears.

My final word: The characters were well-drawn, leaving me with an understanding of who they were and why they behaved the way they did. The story reminds me of Mr. Tabachnik's advice to Eunice:


Mr. Tabachnik placed a trembling hand on the crown of my head and bent to kiss me. Out of the ugly and terrible comes beauty. I shouldn't forget, he said.

That's how this story was. It was a little dreary and depressing, and yet beautiful. Heartbreaking and yet uplifting. And while I found it sweet and gentle and moving, I fear that it will also be forgettable. I don't think this will be one of those stories that haunts me. We were two passing ships in the night, this story and I. And that's okay. We had a good night.

I received a copy of this book to review through the TLC Book Tours and the publisher, in exchange for my honest opinion. I was not financially compensated in any way, and the opinions expressed are my own and based on my observations while reading this novel. The ebook that I received was an uncorrected proof, and quotes could differ from the final release.
Posted by nfmgirl at 3:03 PM

Thanks for being a part of the tour!

Thanks so much for the splendid review of my novel, The Conditions of Love. As you so aptly described, one of my themes in the book is the complicated and often searing relationship between mothers and daughters. How we are loved--or not--during our early years shapes our relationship to love and loving, but the good news (Eunice, my narrator taught me this!) is that even if we have been born into a troubled family, we are not doomed to tragedy. Love IS the mysterious force that charts our destiny, but always we have free will and the capacity for resilience. This last is what I hope readers will come away with when they read the novel.
Much gratitude for your time and words on behalf of The Conditions of Love. Dale