TLC BOOK TOURS and REVIEW: The Drifter by Christine Lennon

Megan Abbott meets M.O. Walsh in Christine Lennon's compelling debut novel about a group of friends on the cusp of graduating from college when their lives are irrevocably changed by a brutal act of violence.

For two decades, Elizabeth has tried to escape the ghosts of her past…tried to erase the painful memories…tried to keep out the terrifying nightmares. But twenty years after graduating from the University of Florida, her carefully curated life begins to unravel, forcing her to confront the past she’s tried so hard to forget.

Elizabeth and her two closest friends, Caroline and Ginny, are having the time of their lives in college—binge watching Oprah, flirting for freebies from Taco Bell, and breaking hearts along the way. But without warning, their world is suddenly shattered when a series of horrific acts of violence ravage the campus, changing their lives forever.

Sweeping readers from the exclusive corners of sorority life in the South to the frontlines of the drug-fueled, slacker culture in Manhattan in the ‘90s and early ‘00s, when Elizabeth is forced to acknowledge her role in the death of a friend in order to mend a broken friendship and save her own life, The Drifter is an unforgettable story about the complexities of friendships and the secrets that can ultimately destroy us.

About the Author
(from the back cover)

Christine Lennon is a Los Angeles-based writer. Before she moved to the West Coast and started her freelance career, she was an editor at W, Vogue, and Harper's Bazaar. Since then, she has written for publications including The New York Times Style Magazine, the Wall Street Journal, Town & Country, W, Vogue, Harper's Bazaar, Martha Stewart Living, Sunset, California Style, Marie Claire, Self, Net-a-Porter's Porter, and The Edit online magazine-- among others. Christine lives in California with her husband, Andrew Reich, and their twins. The Drifter is her first book.


From her perch on the brownstone stoop, Elizabeth lifts up her sunglasses, runs her ring finger along her lower lashes to flick away the welling tears, and glances at her phone to check the time.

Betsy is a smart girl who tries to hide her intelligence. While her friend Ginny is a charming bright light that no person can resist, Betsy seems to do all she can to go through life unnoticed and to be as unremarkable as possible. And where Ginny is a bright light, their friend Caroline is darkness-- moody, self-centered and oftentimes unkind.

These three friends are students at the University of Florida during the summer of 1990 when a serial killer sets everyone on edge. After graduation Elizabeth runs off to start a new life in New York with her boyfriend, but she can't escape the nightmares of her past.

This book came along at just the right time. I've been in a bit of a reading slump for a few months, finding it hard to get excited about reading anything, and constantly distracted. This book was a bit of fresh air to clean my reading palate and hopefully get me recommitted once again.

I enjoyed the author’s debut novel. She has an easy-to-read writing style, and good character development. I don’t know whether any of the characters were really “mysteries” to me. The author left me feeling as if I knew the them. While Betsy was likable enough, I think that her boyfriend/husband Gavin was probably my favorite. Sweet and unassuming and very accommodating and understanding, he is the ultimate mate or friend.

I liked how easy this story was to read, as my brain isn't wanting to be challenged right now. I just want to enjoy an easy read and not have to struggle with symbolism, metaphors and big vocabulary words. Plus a good portion of the story took place in my home state of Florida, so I felt at home in the story.

I would like to thank TLC Book Tours for including me on this tour, and to HarperCollins for the opportunity to read this debut novel. Check out the TLC Book Tour website for the full tour schedule:

My final word: Sometimes I was left a little confused over what this story wanted to be: a coming-of-age story about a rootless young woman finding her place in the world, or a murder mystery "whodunit". However it didn't really bother me too much. I was engaged and it kept me wanting to read on, which is the most difficult thing with someone like me who is so easily distracted. The story could be a little light and at times "flimsy" in its structure, confused and sometimes read a bit like a young adult novel. However overall I did really enjoy it, and I would definitely read this author again. I think this would make a great summer beach read, for those dreaming of warmer days ahead!

I received a copy of this book to review through TLC Book Tours and HarperCollins, in exchange for my honest opinion. I was not financially compensated in any way, and the opinions expressed are my own and based on my observations while reading this novel. The book that I received was an uncorrected proof, and quotes could differ from the final release.
Posted by nfmgirl at 8:09 PM 1 comment: 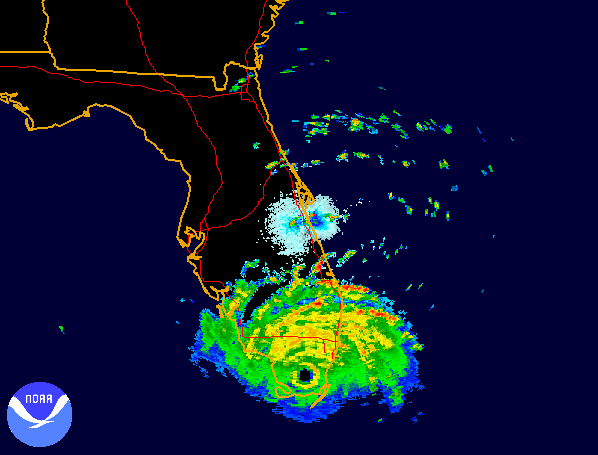 The Underworld by Kevin Canty

For readers of Russell Banks and Richard Ford, a novel about loss, love, and redemption following a catastrophe in a small mining town.

In The Underworld, Kevin Canty tells a story inspired by a true incident that begins with a disastrous fire in an isolated silver mining town in Idaho in the 1970s. Everyone in town had a friend, a lover, a brother, or a husband killed in the mine. The Underworld imagines the lives of a handful of survivors and their loved ones—a young widow with twin children, a college student trying to make a life for himself in another town, a lifelong hardrock miner—as they struggle to come to terms with the loss. It’s a tough, hard-working, hard-drinking town, a town of prostitutes and priests and bar fights, but nobody’s tough enough to get through this undamaged.

A powerful and unforgettable tale about small-town lives and the healing power of love in the midst of suffering.

The Animators by Kayla Rae Whitaker

She was the first person to see me as I had always wanted to be seen. It was enough to indebt me to her forever.

At a private East Coast college, two young women meet in art class. Sharon Kisses, quietly ambitious but self-doubting, arrives from rural Kentucky. Mel Vaught, brash, unapologetic, wildly gifted, brings her own brand of hellfire from the backwaters of Florida. Both outsiders, Sharon and Mel become fervent friends, bonding over underground comics and dysfunctional families. Working, absorbing, drinking. Drawing: Mel, to understand her own tumultuous past, and Sharon, to lose herself altogether.

A decade later, Sharon and Mel are an award-winning animation duo, and with the release of their first full-length feature, a fearless look at Mel's childhood, they stand at the cusp of success. But while on tour to promote the film, cracks in their relationship start to form: Sharon begins to feel like a tag-along and suspects that raucous Mel is the real artist. When unexpected tragedy strikes, long-buried resentments rise to the surface, threatening their partnership—and hastening a reckoning no one sees coming.

The River at Night by Erica Ferencik

A high stakes drama set against the harsh beauty of the Maine wilderness, charting the journey of four friends as they fight to survive the aftermath of a white water rafting accident, The River at Night is a nonstop and unforgettable thriller by a stunning new voice in fiction.

Stifled by a soul-crushing job, devastated by the death of her beloved brother, and lonely after the end of a fifteen-year marriage, Wini is feeling vulnerable. So when her three best friends insist on a high-octane getaway for their annual girls’ trip, she signs on, despite her misgivings.

What starts out as an invigorating hiking and rafting excursion in the remote Allagash Wilderness soon becomes an all-too-real nightmare: A freak accident leaves the women stranded, separating them from their raft and everything they need to survive. When night descends, a fire on the mountainside lures them to a ramshackle camp that appears to be their lifeline. But as Wini and her friends grasp the true intent of their supposed saviors, long buried secrets emerge and lifelong allegiances are put to the test. To survive, Wini must reach beyond the world she knows to harness an inner strength she never knew she possessed.

With intimately observed characters, visceral prose, and pacing as ruthless as the river itself, The River at Night is a dark exploration of creatures—both friend and foe—that you won’t soon forget.

I had a bad reading year. I read less than usual AND I didn't get reviews written on all of the books that I read, i.e. some of my book club reads. My favorite book of the year would probably have to be between All the Ugly and Wonderful Things by Bryn Greenwood or Neverwhere by Neil Gaiman.

All the Ugly and Wonderful Things by Bryn Greenwood


As the daughter of a meth dealer, Wavy knows not to trust people, not even her own parents. Struggling to raise her little brother, eight-year-old Wavy is the only responsible "adult" around. She finds peace in the starry Midwestern night sky above the fields behind her house. One night everything changes when she witnesses one of her father's thugs, Kellen, a tattooed ex-con with a heart of gold, wreck his motorcycle. What follows is a powerful and shocking love story between two unlikely people that asks tough questions, reminding us of all the ugly and wonderful things that life has to offer.

Richard Mayhew is a plain man with a good heart - and an ordinary life that is changed forever on a day he stops to help a girl he finds bleeding on a London sidewalk. From that moment forward he is propelled into a world he never dreamed existed - a dark subculture flourishing in abandoned subway stations and sewer tunnels below the city - a world far stranger and more dangerous than the only one he has ever known...


The other eight, in no particular order, would be:

The Kind Worth Killing by Peter Swanson

Girls on Fire by Robin Wasserman

The Tsar of Love and Techno by Anthony Marra

Be Frank with Me by Julia Claiborne Johnson 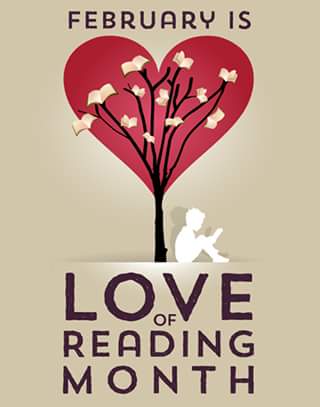