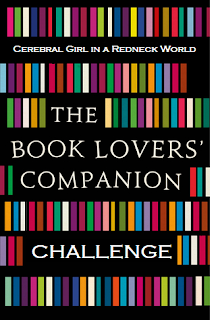 I won this book (The Book Lovers' Companion: What to Read Next) from Book Trib. This book has a list of 200 books, from classics to current bestsellers, that are recommended for book clubs. And I thought that this would make a great challenge! So I am challenging myself to read all 200 of the books listed in this companion.

This is a personal "perpetual" challenge, but anyone else is welcome to join in, if they so desire.

Below is the list of books from the companion. The ones I read are BOLDED, and if I have posted a review, then I will link to it.

Email ThisBlogThis!Share to TwitterShare to FacebookShare to Pinterest
Labels: Challenges

What a great reference of books. I want to sit and go through it to see what I have read. I've read the first two right off the bat. Good luck with your project!