Santa's holding all my packages again... 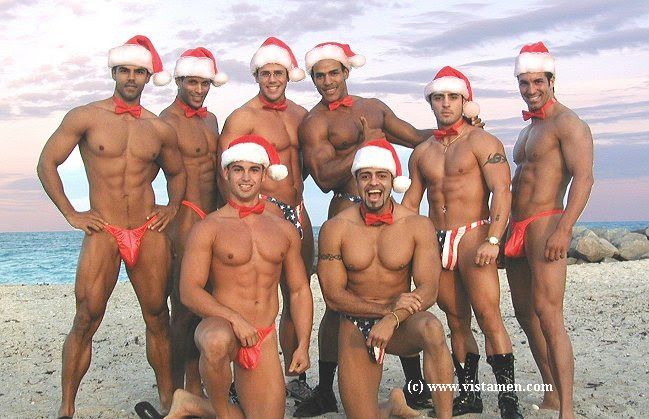 Just as last year, Santa is holding all my packages again. He wants me to have lots to open up on Christmas Eve. So nearly everything that comes through my door from UPS or USPS these days is going under the tree.

This means that there will be no further Mailbox Monday until 2011.

However in the meantime, here are a few of the things that I received in the past weeks: 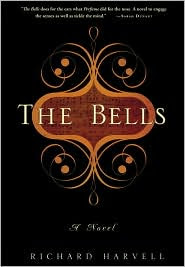 I grew up as the son of a man who could not possibly have been my father. Though there was never any doubt that my seed had come from another man, Moses Froben, Lo Svizzero, called me “son.” And I called him “father.” On the rare occasions when someone dared to ask for clarification, he simply laughed as though the questioner were obtuse. “Of course he’s not my son!” he would say. “Don’t be ridiculous.”

But whenever I myself gained the courage to ask him further of our past, he just looked sadly at me. “Please, Nicolai,” he would say after a moment, as though we had made a pact I had forgotten. With time, I came to understand I would never know the secrets of my birth, for my father was the only one who knew these secrets, and he would take them to his grave.

The celebrated opera singer Lo Svizzero was born in a belfry high in the Swiss Alps where his mother served as the keeper of the loudest and most beautiful bells in the land. Shaped by the bells’ glorious music, as a boy he possessed an extraordinary gift for sound. But when his preternatural hearing was discovered—along with its power to expose the sins of the church—young Moses Froben was cast out of his village with only his ears to guide him in a world fraught with danger.

Rescued from certain death by two traveling monks, he finds refuge at the vast and powerful Abbey of St. Gall. There, his ears lead him through the ancient stone hallways and past the monks’ cells into the choir, where he aches to join the singers in their strange and enchanting song. Suddenly Moses knows his true gift, his purpose. Like his mother’s bells, he rings with sound and soon, he becomes the protégé of the Abbey’s brilliant yet repulsive choirmaster, Ulrich.

But it is this gift that will cause Moses’ greatest misfortune: determined to preserve his brilliant pupil’s voice, Ulrich has Moses castrated. Now a young man, he will forever sing with the exquisite voice of an angel—a musico—yet castration is an abomination in the Swiss Confederation, and so he must hide his shameful condition from his friends and even from the girl he has come to love. When his saviors are exiled and his beloved leaves St. Gall for an arranged marriage in Vienna, he decides he can deny the truth no longer and he follows her—to sumptuous Vienna, to the former monks who saved his life, to an apprenticeship at one of Europe’s greatest theaters, and to the premiere of one of history’s most beloved operas.

In this confessional letter to his son, Moses recounts how his gift for sound led him on an astonishing journey to Europe’s celebrated opera houses and reveals the secret that has long shadowed his fame: How did Moses Froben, world renowned musico, come to raise a son who by all rights he never could have sired?

Like the voice of Lo Svizzero, The Bells is a sublime debut novel that rings with passion, courage, and beauty. 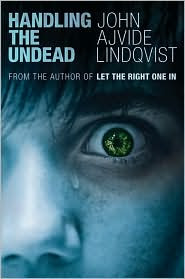 In his new novel, John Ajvide Lindqvist does for zombies what his previous novel, Let the Right One In, did for vampires.

Across Stockholm the power grid has gone crazy. In the morgue and in cemeteries, the recently deceased are waking up. One grandfather is alight with hope that his grandson will be returned, but one husband is aghast at what his adored wife has become.

A horror novel that transcends its genre by showing what the return of the dead might really mean to those who loved them. 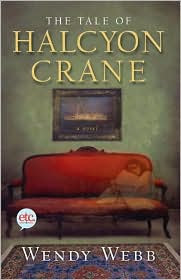 The Tale of Halcyon Crane by Wendy Webb
Won from Readaholic

When a mysterious letter lands in Hallie James’s mailbox, her life is upended. Hallie was raised by her loving father, having been told her mother died in a fire decades earlier. But it turns out that her mother, Madlyn, was alive until very recently. Why would Hallie’s father have taken her away from Madlyn? What really happened to her family thirty years ago?

In search of answers, Hallie travels to the place where her mother lived, a remote island in the middle of the Great Lakes. The stiff islanders fix her first with icy stares and then unabashed amazement as they recognize why she looks so familiar, and Hallie quickly realizes her family’s dark secrets are enmeshed in the history of this strange place. But not everyone greets her with such a chilly reception—a coffee-shop owner and the family’s lawyer both warm to Hallie, and the possibility of romance blooms. And then there’s the grand Victorian house bequeathed to her—maybe it’s the eerie atmosphere or maybe it’s the prim, elderly maid who used to work for her mother, but Hallie just can’t shake the feeling that strange things are starting to happen . . .

In The Tale of Halcyon Crane, Wendy Webb has created a haunting story full of delicious thrills, vibrant characters, and family secrets. 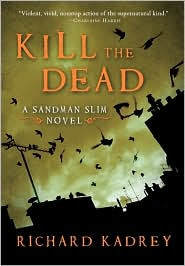 Kill the Dead by Richard Kadrey
Won from Readaholic


James Stark, a.k.a. Sandman Slim, crawled out of Hell, took bloody revenge for his girlfriend's murder, and saved the world along the way. After that, what do you do for an encore? You take a lousy job tracking down monsters for money. It's a depressing gig, but it pays for your beer and cigarettes. But in L.A., things can always get worse.

Death bites. Life is worse. All things considered, Hell's not looking so bad.

I also won $100 to CSN stores thanks to Passages to the Past! I just used it to get myself a pressure canner, so that I may begin canning vegetables and such. Yay!


Thanks to everyone, and we'll see you back here Mondays in 2011!

I really need one of the booklovers calendars!! My review of The Bells will post tomorrow. Enjoy all your books!

Carrie at In the Hammock Blog said...

That's a great idea to put the packages right under the tree :)

Well, I have to move The Bells up my list and get to it soon!

Carrie: I'm a single woman with no children. If I don't save the packages for under the tree, there will be nothing to open! Most of the other presents for me will be over at my mother's house!