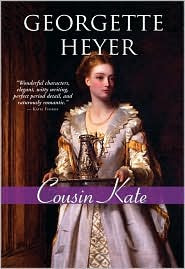 The late Georgette Heyer was a very private woman. Her historical novels have charmed and delighted millions of readers for decades, though she rarely reached out to the public to discuss her works or private life. It is known that she was born in Wimbledon in August 1902, and her first novel, The Black Moth, was published in 1921.

Heyer published 56 books over the next 53 years, until her death from lung cancer in 1974. Heyer's large volume of works included Regency romances, mysteries and historical fiction. Known also as the Queen of Regency romance, Heyer was legendary for her research, historical accuracy and her extraordinary plots and characterizations. Her last book, My Lord John, was published posthumously in 1975. She was married to George Ronald Rougier, a mining engineer, and they had one son together, Richard.

I actually won this awhile back, but never received the book (along with a number of others). In trying to figure out whether I had a problem with receiving my mail, I contacted Shawn, who said that the address it was sent to checked out. They then insisted on sending out a second copy of the book, despite my attempts to dissuade them. So I would like to thank Shawn for their kind consideration. Thank you, Shawn! 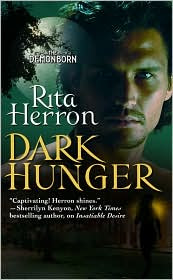 HE'S EVERYTHING SHE FEARS...

Reporter Annabelle Armstrong will go to any lengths to deliver a story, even track down Quinton Valtrez, a man she believes is a coldhearted assassin. Yet the truth about the darkly sensual Quinton is even more shocking...and the overwhelming desire he ignites is one she vows to resist.

SHE'S EVERYTHING HE CRAVES

Quinton has fought his demonic powers since he was a child. Now using his gifts for the good of national security, he can't let himself be distracted by the beautiful, determined Annabelle. But his need for her is sudden, fierce—and could soon cost Annabelle her life. For a wicked enemy is out for vengeance, a demon who wants to draw Quinton into a life of pure evil and is willing to use Annabelle as bait. To save her, Quinton must achieve the near impossible: tame the sinister force that is both his inheritance and his curse before it claims him forever.

In addition to winning this book, I also won a T-shirt! 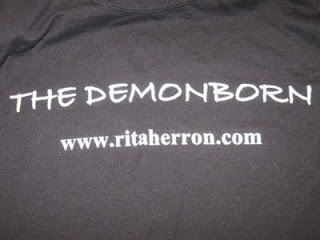 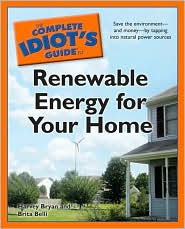 Renewable Energy for Your Home by Harvey Bryan and Brita Belli

An essential how-to on powering your home with sun, wind, water, and more.

For readers wanting to save money—and the planet—by using alternative energy, this book provides everything they need to know. The five basic sources are fully covered: sun, wind, water, earth, and bio. The benefits, what is needed, and whether it will work for a particular home are all carefully laid out in this comprehensive overview:

This was won from Eco-Libris. The thing that is great about Eco-Libris is that for every book that they give away, a tree is planted! Yeah for Eco-Libris! 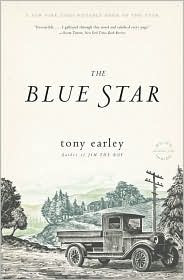 Seven years ago, readers everywhere fell in love with Jim Glass, the precocious ten-year-old at the heart of Tony Earley's bestseller Jim the Boy. Now a teenager, Jim returns in another tender and wise story of young love on the eve of World War Two.

Jim Glass has fallen in love, as only a teenage boy can fall in love, with his classmate Chrissie Steppe. Unfortunately, Chrissie is Bucky Bucklaw's girlfriend, and Bucky has joined the Navy on the eve of war. Jim vows to win Chrissie's heart in his absence, but the war makes high school less than a safe haven, and gives a young man's emotions a grown man's gravity. With the uncanny insight into the well-intentioned heart that made Jim the Boy a favorite novel for thousands of readers, Tony Earley has fashioned another nuanced and unforgettable portrait of America in another time—making it again even realer than our own day. 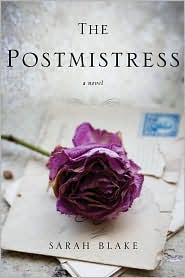 Filled with stunning parallels to today's world, The Postmistress is a sweeping novel about the loss of innocence of two extraordinary women-and of two countries torn apart by war.

On the eve of the United States's entrance into World War II in 1940, Iris James, the postmistress of Franklin, a small town on Cape Cod, does the unthinkable: She doesn't deliver a letter. In London, American radio gal Frankie Bard is working with Edward R. Murrow, reporting on the Blitz. One night in a bomb shelter, she meets a doctor from Cape Cod with a letter in his pocket, a letter Frankie vows to deliver when she returns from Germany and France, where she is to record the stories of war refugees desperately trying to escape.

The residents of Franklin think the war can't touch them- but as Frankie's radio broadcasts air, some know that the war is indeed coming. And when Frankie arrives at their doorstep, the two stories collide in a way no one could have foreseen. The Postmistress is an unforgettable tale of the secrets we must bear, or bury. It is about what happens to love during wartime, when those we cherish leave. And how every story-of love or war-is about looking left when we should have been looking right.

I'm looking forward to this book. This is my third First Look book, and the first two books were two of my favorite books this year.


Thanks to everyone who sent books!
Posted by nfmgirl at 7:54 AM

great mailbox week for you. I won The Blue Star as well, but have not read it yet.

Hope you enjoy The Blue Star. Did you read the first book? I recommend it - Jim the Boy.
Have a great week!

The Postmistress looks really good to me! Enjoy your new books.

Wow - you had a really good week! Enjoy all those good books!