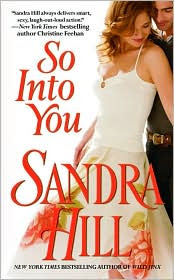 Angel Sabato has been in love with best friend Grace O'Brien for 10 years—but he's only just realized it. Too bad she doesn't take him seriously when he tells her about his feelings. Reeling from the rejection, Angel hightails it out of town. Now Grace is left to wonder if her problems from the past are keeping her from opening herself to love. But she brushes these "useless" musings aside, concentrating instead on the work she's doing as an apprentice to folk healer Tante Lulu and keeping up with the old woman's good deeds. Such as starting a foundation to help families still homeless after Hurricane Katrina. One family consists of 5 children who lost their parents. The eldest, only seventeen, has been struggling to take care of her siblings and lying like heck to the state agencies in order to keep everyone together. Tante Lulu and Grace take the children under their wings and decide the foundation will build a house for them. Re-enter Angel, who helps with the construction. Unbeknownst to Grace, Tante Lulu has decided to try her hand at matchmaking again. And Tante Lulu has never failed before! 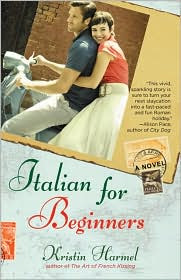 Italian for Beginners by Kristin Harmel Won from Luxury Reading Thirty-four-year-old Manhattan accountant Cat Connelly has always lived life on the safe side. But after her little sister gets married, Cat wonders if she has condemned herself to a life of boredom by playing by the rules. She decides to take a chance for once, accepting an invitation to spend a month with an old flame in Italy. But her reunion with the slick and gorgeous Francesco is short-lived, and she finds herself suddenly alone in Rome. Now, she must see if she has the courage to live outside the lines for the first time - and to face a past she never understood. It will take an unexpected friendship with a fiery Italian waitress, a whirlwind Vespa tour of the Eternal City with a handsome stranger, and a surprise encounter with an old acquaintance to show Cat that life doesn't always work out the way you expect, but sometimes you have to have fall in order to fly. 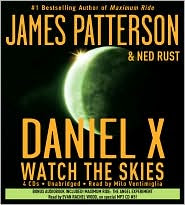 All's quiet in the small town of Holliswood, the television sets a-glow in every home. But not all is as perfect as it seems. A terrifying outlaw has just arrived in town, with the goal of throwing it into chaos—and filming the pandemonium for the fellas back home. Only one person can stop him and his thugs from destroying the city and everyone living there. Daniel X assembles an all-star team of his own creation, but not even he could imagine the enormity of this made-for-TV-villain's powers. 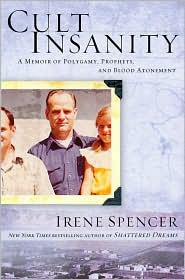 Cult Insanity: A Memoir of Polygamy, Prophets and Blood Atonement by Irene Spencer Won from Readaholic

In this shocking follow-up to the New York Times bestseller Shattered Dreams, Irene Spencer tells the full story of her brother-in-law Ervil LeBaron and his unimaginable reign of terror and violence in their polygamist community. 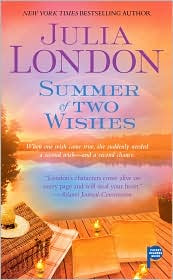 Macy Lockhart's life shattered in a moment with the news that her husband, Finn — serving in the military overseas — has been killed in the line of duty. Their ardent and devoted marriage is over, leaving Macy alone, empty, directionless. But while she tries to sustain herself with memories of Finn, the quiet, strong man who made her and their small Texas ranch the center of his life, it is wealthy Wyatt Clark who slowly brings joy back into her life. Her love for Wyatt may be less romantic than the breathless passion she'd once shared with Finn, but she vows to cherish him, and their marriage is happy and as solid as a rock. Until the day that Finn, miraculously spared from death, returns home to claim his bride.... 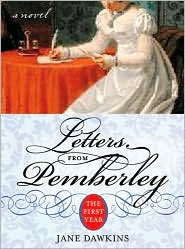 Letter from Pemberley: The First Year by Jane Dawkins Won through a SourceBooks giveaway on Reading Extravaganza

In this continuation of Jane Austen's Pride and Prejudice, Elizabeth Bennet finds herself in a very different league of wealth and privilege, now as Mrs. Fitzwilliam Darcy and mistress of Pemberley. 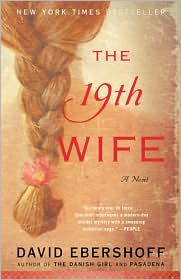 The 19th Wife by David Ebershoff

It is 1875, and Ann Eliza Young has recently separated from her powerful husband, Brigham Young, prophet and leader of the Mormon Church. Expelled and an outcast, Ann Eliza embarks on a crusade to end polygamy in the United States. A rich account of her family’s polygamous history is revealed, including how both she and her mother became plural wives. Yet soon after Ann Eliza’s story begins, a second exquisite narrative unfolds–a tale of murder involving a polygamist family in present-day Utah. Jordan Scott, a young man who was thrown out of his fundamentalist sect years earlier, must reenter the world that cast him aside in order to discover the truth behind his father’s death. And as Ann Eliza’s narrative intertwines with that of Jordan’s search, readers are pulled deeper into the mysteries of love, family, and faith. 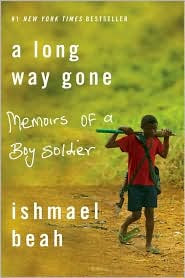 A Long Way Gone: Memoirs of a Boy Soldier by Ishmael Beah

From the New Yorker:

In 1993, when the author was twelve, rebel forces attacked his home town, in Sierra Leone, and he was separated from his parents. For months, he straggled through the war-torn countryside, starving and terrified, until he was taken under the wing of a Shakespeare-spouting lieutenant in the government army. Soon, he was being fed amphetamines and trained to shoot an AK-47 (“Ignore the safety pin, they said, it will only slow you down”). Beah’s memoir documents his transformation from a child into a hardened, brutally efficient soldier who high-fived his fellow-recruits after they slaughtered their enemies—often boys their own age—and who “felt no pity for anyone.” His honesty is exacting, and a testament to the ability of children “to outlive their sufferings, if given a chance.”

Oh, I should have Cult Insanity in my mailbox soon also. Looks like you had a good haul last week...enjoy!

You really raked it in last week!