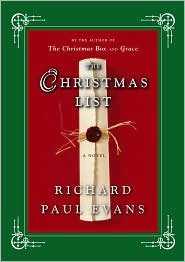 When I was in seventh grade, my English teacher, Mrs. Johnson, gave our class the intriguing (if somewhat macabre) assignment of writing our own obituaries. Oddly, I don't remember much of what I wrote about my life, but I do remember how I died: in first place on the final lap of the Daytona 500. At the time, I hadn't considered writing as an occupation, a field with a remarkably low on-the-job casualty rate.

What intrigues me most about Mrs. Johnson's assignment is the opportunity she gave us to confront our own legacy. How do we want to be remembered? That question has motivated our species since the beginning of time: from building pyramids to putting our names on skyscrapers.

As I began to write this book, I had two objectives: First, I wanted to explore what could happen if someone read their obituary before they died and saw, firsthand, what the world really thought of them. Their legacy.

Second, I wanted to write a Christmas story of true redemption. One of my family's holiday traditions is to see a local production of Charles Dickens's A Christmas Carol. I don't know how many times I've seen it (perhaps a dozen), but it still thrills me to see the change that comes over Ebenezer Scrooge as he transforms from a dull, tight-fisted miser into a penitent, "giddy-as-aschoolboy" man with love in his heart. I always leave the show with a smile on my face and a resolve to be a better person. That's what I wanted to share with you, my dear readers, this Christmas — a holiday tale to warm your season, your homes, and your hearts. 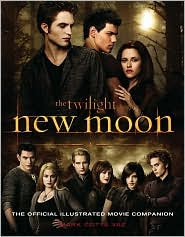 Explore the making of the film New Moon in this ultimate visual companion, lavishly illustrated with full-color photos of the cast, locations, and sets. This beautiful paperback edition celebrates the onscreen creation of Stephenie Meyer's fascinating world, brought to life by Academy Award(R)-nominated director Chris Weitz.

With never-before-seen images, exclusive interviews and personal stories, renowned author Mark Cotta Vaz takes you behind the scenes with cast and crew, uncovering intimate details of the filmmaking process. 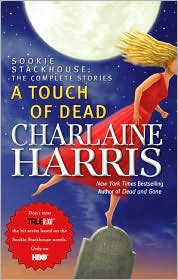 Cocktail waitress Sookie Stackhouse is no typical southern belle. She can read minds. And she’s got a thing for vampires. Which, in a town like Bon Temps, Louisiana, means she’ll have to watch her back -- and neck...

I sure hope Kellerman's new book is better than the last one...I've almost given up on the Alex Delaware series!

I've never read any of his books, but I did notice that it isn't rated that well so far.